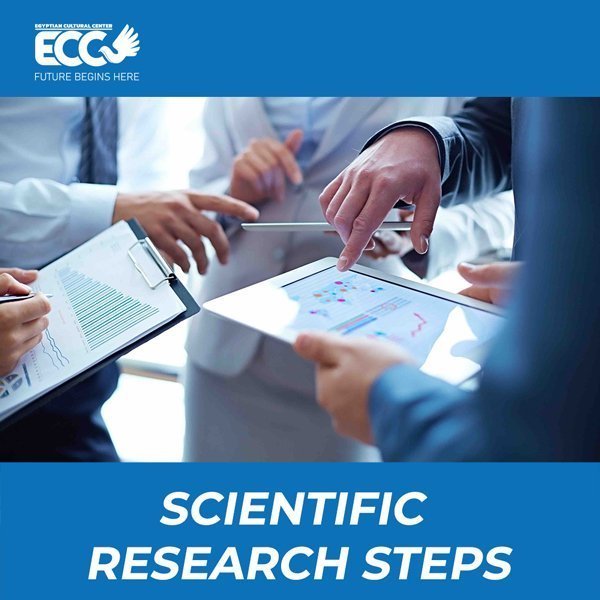 Scientific research is the arm of society that doesn’t be broken, it is the path of society for development and growth, as it aims to reveal new information, facts, and relationships and ensure their correctness in the future. But are there general rules governing scientific research This is what we will get acquainted with in the next article.

It is a variety of organized processes aimed at collecting and analyzing data using specific scientific methods and approaches, to investigate the validity of information or hypothesis. Scientific research is how a solution to a problem can be reached, and it is also a way to discover new facts through study, description, and analysis.

Scientific research is characterized by depth and accurate analysis of the problem under study in all its aspects and concepts. This comes in addition to the complete objectivity that the researcher must have, both at the research stage and collecting all the information related to the subject of the study or in writing and drafting the study ideas and directions to avoid any error or personal bias that may cause the appearance of false results. For this to happen in a controlled framework, a sound scientific approach must be followed that corresponds to the study data to come out with the desired positive value.

The research methods have been classified into 6 different types, which are

the descriptive approach comes at the forefront of scientific research methods used to detail research studies, as research is rarely devoid of it; whether it is used alone, or In parallel with another approach. It depends mainly on observing the phenomenon under study and working to develop a descriptive framework for it, trying to reach its causes, and the factors affecting it, extracting results and then generalizing them.

the researcher relies on variable control in this approach, where all the factors affecting the phenomenon are constant, except for one variable that is subjected to change, in order to measure the results of that variable on the trends of the phenomenon.

The inductive approach begins with the study of the particulars, after which it reaches the generalities. It is used in the study of natural sciences more than social or human sciences and depends mainly on the stage of experimentation and observation in a precise manner, then developing hypotheses among the disparate relationships, and finally arriving at the reasons that can be generalized

the comparative approach is usually used in the legal and social fields. It aims to make an objective comparison between two phenomena in two different places, review the knowledge of others in other countries, and adapt it to suit local conditions to explain the phenomena.

Historical knowledge of some social phenomena is of great importance in order to understand reality, and from this point of view, the need for the historical “restorative” approach appears as one of the most critical types of scientific research methods. It serves as a retrospective of past historical events and is aimed at translating relationships and concepts. And the formation of a final picture that solves the problem of research, in the light of the questions or hypotheses that he puts at the beginning of the study or scientific thesis.

The research problem is one of the most important stages of scientific research as it helps in determining all the research procedures and steps, starting from the quality of the study that will be carried out, the nature of the approach that will be followed, and the concepts that must be identified up to the necessary research plan and its tools. The research problem may result from a defect in a particular scientific topic and needs to clarify the causes and factors of its occurrence as well as in order to reach a solution to reduce the risks resulting from this defect, or it results from ambiguity in a particular phenomenon that will oblige researchers to conduct the necessary investigations in order to detect this.

The research proposal represents the outlines that are developed to guide the researcher during the study, and guide him in his research path, as it includes both previous studies, the research question, the study methodology, the study hypothesis, and others

It is an important stage of scientific research, through which the researcher returns to a set of sources and references related to scientific research, and searches for information related to and related to his research. Where the researcher reviews all the information collected during his research, then interprets and analyzes it in detail, explains the relationship between the research variables, and thus comes to the answer to all the questions that he put at the beginning of the research. This is followed by the development of a set of conclusions and recommendations for solving the problem around which the research revolves, using a set of graphic and statistical methods and procedures appropriate to the nature of the data

4.discuss and evaluate the results

At that stage, the researcher arranges the sources, references, and appendices according to the scientific methods used