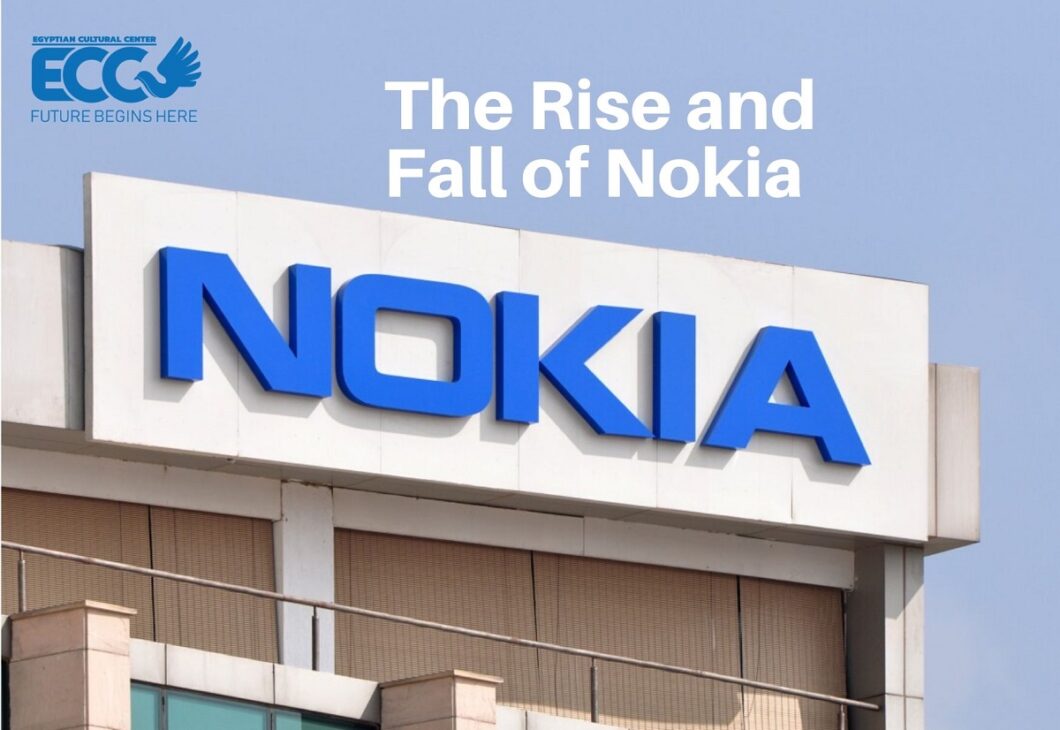 A brief overview of Nokia History and its Rise up

In 1972 no one in the world was using the term “mobile phone”  the word of mobile means that able to be moved freely or easily instead of that the world was using the term of “Phone” but in this age was the emergence of car phones as a basis of innovating the mobile phones so in this year the brilliant inventor “Martin Cooper” has developed  (DynaTAC 8000) as commercially available cellular phone small enough to be easily carried and made the first phone call from it. Martin Cooper was the first person to make an analog cellular mobile phone call on a prototype in 1973. This call was an extraordinary event in the history of mobile phones industry

In 1982 Nokia had shown to the world ” Mobira Senator” it was the first truly mobile phone in a box In 1984 Nokia produced “Mobira Talkman” also in a box with The idea of having dial buttons and a mono-colored display on the hook where the microphone and speaker are located is that it would be easier for users to see which buttons are being dialed. Additionally, the keypad facing opposite from user’s face also had the added advantage for comfort

In 1987, Nokia introduced its first mobile phone, the “Mobira Cityman 900” for NMT its weighed only 800 g what makes it so easy to be moved and personally used but it cost a lot.

However,  at the end of the 19th century, Nokia became a technology empire

Also, Nokia could sell its phone cover products in a detached way that’s made its own market for Changed or damaged phone covers  that had improved Nokia aftermarket services that what made more comfort and trust between customers and the company

Nokia started to make its device more Multi-featured through developing many featured like the calculator, calendar games.

who forgot the worm game what called Snake did you ever win it, dear reader? I guess you didn’t because it was so difficult I never heard about someone won it or made it over, anyway this game was so popular and famous all over the world what made Nokia products very special with more Utility provided to its customers even kids would love to use and own one what made Nokia marketing management so successful and effective in this time according to figures from analyst firm Gartner, Nokia’s smartphone market share in 2007 was a dominant 49.4%. in 2006 Nokia Net income reached to (4.3 billion.Euro) then in 2007 it became( 7.2 billion.Euro) while revenues for the year jumped 24% cent to 51 million. Euro Nokia is well-positioned for growth in 2007 and for 14 years Nokia had been keeping the position of leading mobile phone manufacturer.

The downfall of Nokia

2007 was the great year for Nokia We mentioned earlier a few  lines ago how was it but in the same year was the first emergence of Apple iPhone In his great media event  with a new feature ..Touch Screen what made a huge Change in Mobile phone industry  with the new operating system IOS While there was another  player Android while Nokia has Symbian It is the least effective among them although Nokia never took any reaction they disparage the Changes especially Nokia was still the number one Nokia produced many phones after this time without any new Technology or feature even without touch screen what make it losing its position and consumer trust day after day for Samsung and iPhone with Sales decline and Low market value day after day

Many blame this decline, at least in the initial stages, on Symbian, the firm’s mobile operating system. It was, to paraphrase a welter of expert opinion, simply not up to the job.

Then “Stephen Elop” Has been recruited as an Executive Director in October 2010 then after Passing every single day he spent at his office the Market value decreased about 23 million dollars day after day With lots of bad decisions He was described by some as the worst CEO in history.

In 2011 Nokia Speared a Lumia phone with Microsoft phone as operating system with Average quality but it was never Nokia survivor And prove it in 2013 when Nokia was bought to Microsoft for 7.2 billion dollars This Number is almost equivalent to a net profit of Nokia at 2007  On that date The end of the Mobile empire was written.

CEO of Nokia cried and said “we didn’t do anything wrong”. did they?

When we talked about the rise of Nokia we finished in the year 2007 as the best year ever for Nokia with the best position in the market then when we talked about the downfall of Nokia we have started from the same year “2007” with not just for mention a good year before, but we mentioned the fatal mistakes and reactions and the consideration of the situation so only the acts and reacts of Nokia people in this year could save Nokia

In BBC documentary(The Rise And Fall Of Nokia) in min37 Nokia Director Juha lakkala Said “A Successful company attracts success-hungry people. I think we recruited a lot of people who shouldn’t have been at Nokia the only cared about the money options, company cares and wages. I think it started Nokia`s downfall.”.

In the same documentary, The Psychologist and Nokia management Consultant Kaius Thiel Said in min38

The Change in management style resulted in a madhouse. sad thing . A new company executive gathered his team for the first time. there were about 20-30 people. he drew a line on the floor, diving the room. his team stood on one side, he stood on the other. he said “People who are on my side and think like me can cross over the line.” he didn`t know any of these people yet. you can guess how many people stayed on the opposite side.

1)Upon. we can say the reason one is (Internal conflicts)

Unity of command, unity of direction tow of Principles of administration are not founded in this Time

So. Is (Touch screen feature) was Unknown for Nokia?

The Independent inventor “Johannes Väänänen” said .. «When Apple’s founder Steve Jobs unveiled the first iPhone in 2007, my first reaction was that it is my damn phone,» in 2002 he sent to Nokia New device with touchscreen  they turn in down in 5 min they dismissed it as a (gimmick)

He also said that the «guys» over at Nokia wondered why would anyone want to dirty the screen with their finger. «They said with confidence that they had been looking into touchscreens for a full decade and that they would never work.»

He was working for a company called MyOrigo so  in 2005 MyOrigo went bankrupt. since then Apple has bought out the key patents of MyOrigo

So what would happen if Nokia took his new feature as seriously ? for me this time is the start of Nokia Downfall

3) So reason number three is Lack of quick decisions

While IOS and Android Nokia insisted to use Symbian then Microsoft Windows as an operating system what was untrusted for consumers that they prefer IOS and Nokia and never change it till Nokia been bought.

5)The Deceleration of following the Technological development

The previous reasons made Nokia an old fashion for the consumers what make them feeling distrust In its modernity what made that impression when someone looks at Nokia brand he would feeing that is the past the same feeling would happen if we put a Nokia name on a modern mobile phone with high quality Though this quality, only the name of Nokia in this phone would make the impression of that is the past so would make this mobile phone never been sold as well, yes that what happens, “Nokia Lost its Brand effect “.