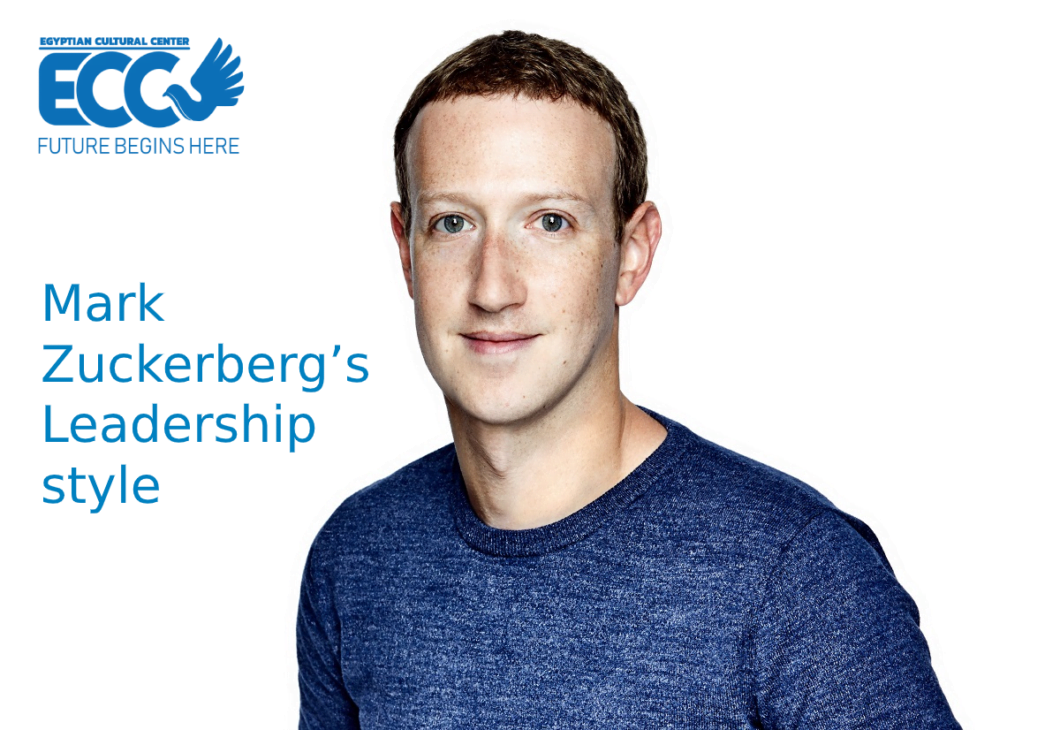 Zuckerberg was born on May 14, 1984, in White Plains, New York, with a well-educated family, he was interested in computer programming at an early age. he began using computers and writing software in middle school he created a messaging program named Zucknet that he implemented as an inter-office communication system for his father’s dental practice so his father was helping him studying the programming science, he took a graduate course in the subject at Mercy College near his home while still in high school, after graduating from prep school, Zuckerberg enrolled in Harvard University

Mark Zuckerberg was a Harvard freshman with a gift for computer programming, many intelligent people attend Harvard University but Mark became known quickly as the go-to computer programmer on campus, he created facemash in the first year in Harvard that let students select the best-looking person from a choice of photos.

Arie Hasit the mark roommate told the Israeli newspaper Haaretz “We had books called Face Books, which included the names and pictures of everyone who lived in the student dorms. At first, he built a site and placed two pictures or pictures of two males and two females. Visitors to the site had to choose who was ‘hotter’ and according to the votes there would be a ranking.” (Haaretz 2009)

He hacked into the school’s computers  to collect images of students “you can sort of tell that he is a little bit trouble maker” (Nicolas Carlson n.d.)

The site went up over a weekend, but by Monday morning, the college shut it down, because its popularity had overwhelmed one of Harvard’s network switches and prevented students from accessing the Internet. In addition, many students complained that their photos were being used without permission.

the Winklevoss twins and divya narendra sent him a letter to cease and desist, Zuckerberg responded with a letter denying any wrongdoing claiming his site was a separate venture and used a none of the same code and the Winklevoss twins and Divya Narendra would later appeal a 65 million dollar settlement with facebook they lost in federal court but that settlement could now be worth 200 million dollars.

Based on his acclaim on campus, Zuckerberg partnered with friends to create a social networking site that allowed Harvard students to connect with each other. The site officially went live in June 2004 under the name “The Facebook,” and Zuckerberg ran it out of his dorm room.

in the summer of 2004 with his partner saverin remaining on the east coast zuckerberg left Harvard to pursue what was then called Facebook full-time, The website reached 1 million users by the end of 2004. zuckerberg  and his friends moved into a large frame house and he reconnected with shawn parker who later became zuckerberg roommate.

in 2006 mark zuckerberg rejected a 1 million dollar pitch for yahoo, when MTV pushed the ante even higher to reach, michael j wolf was CEO of MTV networks said

“mark had taken me on a walk around palo alto and show me his apartment, afterwards we sat down for a lunch and i told him we would be willing to pay as much as a billion and a half dollars to buy facebook outright, his answer was i think its worth a lot more and beside you have seen my apartment i dont really need that pun of money and at the same time i may never have an idea as good as this one, so im not that intersted in selling” (wolf n.d.)

After it mark said “It’s not because of the amount of money. For me and my colleagues, the most important thing is that we create an open information flow for people. Having media corporations owned by conglomerates is just not an attractive idea to me. (Academy 2007)

This is not the first time that money has been refused in return for expanding the base, when the site was launched clean without ads it was a great idea from him, he said “I guess we could … If you look at how much of our page is taken up with ads compared to the average search query. The average for us is a little less than 10 percent of the pages and the average for search is about 20 percent taken up with ads … That’s the simplest thing we could do. But we aren’t like that. We make enough money. Right, I mean, we are keeping things running; we are growing at the rate we want to” (Zuckerberg, 2010)

Absolutely Mark was right, in 2007 microsoft paid 250 million dollars for 1.6% of the company as ownership it was outrageous it value the company at 15 billion dollars,What make facebook is more than a famous site, it’s a huge company. Before it would be an information empire

Mark was an innovative person through the time that showed on facebook Features that constantly renewable some of these features was the “Newsfeed” that let the user post much about their lives, but many facebook users thought that newsfeed sent out too much information and violate their privacy, what made 750 thousand of them launched an online protest.

Zuckerberg forced to explain and apologize in an An Open Letter from Mark Zuckerberg: posted on face book in 8 September 2006 at 02:48. (letter n.d.)

It wasn’t the only time, in Dec 2009 be revamped the privacy setting for facebook, then 350 million users unless user individually restored their settings previously private information was not available to everyone on the internet. Then a firestorm of complaints from users and consumers force him to back truck again, sparking concern of congress, so that many subsequent issues about privacy. What made him Awkward position in many times what And that nervous, confuses him In TV interviews which shows the weakness of his personality in front of hard questions.

The site went so far to Impact on countries and politics when it played an important role in Middle East Revolutions in 2011 Especially in Egypt and Tunisia, Some people say that Facebook was the main engine of the January 25 revolution in Egypt this made the site more important and appreciated in those areas and the number of users has increased, Zuckerberg did not show a position of support or refusing with this issue However, the impact of his site on this area.

Facebook became the biggest social network worldwide with 2.41 billion monthly active users of 2019 and Facebook net worth as of September 27, 2019 is $513.84B. (macrotrends n.d.) so that less than decade later he is the billionaire with his facebook empire

The great man theory of leadership states that some people are born with the necessary attributes, we can say that Zuckerberg was a very Intelligent child when he showed it in programming when he was only 12 years old when he created a program and help his father then He showed a big difference between him and the students in Harvard but also he showed a lot of Weakness in personality When it comes to TV interviews Body language signs that expose his sites such as “Medium” or Channel such as BBC (BBC n.d.) analyze his body language after (medium n.d.) reveals that So much so that even a non-scholar can read his feelings.

he shows confusion many times he comes out to the public If he compared with someone like Steve Jobs  In a performance in interviews and conferences so there will be a big difference. So maybe mark is a  great, special person but he is not a charismatic person.

In contrast to the great man, traits theories no one born as a leader and there are no general traits so the leader must find out what kind of leadership style and situation he or she thrives in, we can see it when he apologized many times when users thought their privacy was violated, he do it so fast and he Adjusts the situation, he always shows the ideas of globalization and support for that idea but when it comes to politics, he keeps silent, he previously hacked the college site but always speaks of privacy and apologizes for its violation, he can always adapt and change his acts with the situation, according to Forbes Magazine, Mark Zuckerberg, the founder of phenomenon Facebook and one of the youngest billionaire ever share the ability of great conceptual skills. Conceptual skills are thus said to be one of the crucial of all managerial skills. Managers with conceptual skills are able to see the organization as a whole, to conceptualize about abstract and complex situational ´ (Robbins 2005) (Forbes n.d.)

Mark is someone who appreciate the participate but not in all time sometimes he doesn’t consult with his board before he makes decisions, In Facebook, Mark Zuckerberg plays an extensive role in the decision-making process. In the organization, he deeply and inextricably involved with every major decision that it undertakes. He uses to negotiate and help the subordinates and the rest of the employees to produce new ideas and make the final decision. He usually focuses on the technological side and innovation. He plays quite big interpersonal role in the general public by giving speeches and talking in the conferences. He uses to give information to the outsiders through the meetings and speeches conducted by facebook. Besides this, he uses to visit certain sessions and interact with other business managers and sign the business documents. During such interaction he asks the Sheryl Sandberg COO formerly via president of Google chief of staff for the U.S to assist him and offer some guidance. In general Mark Zuckerberg plays extensive role in all informational, interpersonal and decisional roles in the facebook which allows and makes it to be the leading social media today. (ukessays n.d.)

According to statistics, Facebook is the best company to work for in the U.S. – way better than Google. Cool perks and impressive salaries aside, it has great corporate culture. Employees are given autonomy their space and the leaders in the company make it a priority to connect with their employees. Zuckerberg himself tries his best to build the right relationships with his subordinates. People can see him practically every day. He has even chosen to work inside a clear glass walled office where his employees can see him working. Even with his busy schedule, he is always accessible. He encourages interaction among everyone in the company by positioning himself with his employees’ level, not far above them. (cnbc 2017) , jose Antonio Vargas, multimedia journalist said in bloomberg game changers documentary “he’s always had a friends, he’s a pretty social guy” (Vargas n.d.) He is Throwing Away Traditional Hierarchies: Rather than splitting people into roles based on age and experience, everyone’s ideas are valued in clear and obvious ways, so He is Removing Barriers, He Ignores Pointless Workplace, Traditions: Zuckerberg shows respect for his employees by measuring the quality of their work, not by nitpicking the way they dress or decorate their desks. The CEO himself regularly wears jeans and hoodies to work, setting the example that it is the work that matters, not the minutiae,

So we can say he is that Mark Zuckerberg illustrates the transformational leadership style in action. He Lacks a great physiological qualities of the leader especially with regard to his nervous system as well as his body language he is described as encouraging and aggressive he uses all 3 styles of leadership (autocratic, democratic, and laissez-faire) but he commands his employees to do their assigned work but also constantly asks for feedback from everybody. He believes in his employees and treats them equally. Some reasons why his employees love him are what make Facebook is the 1th best company for employees according to statistics.